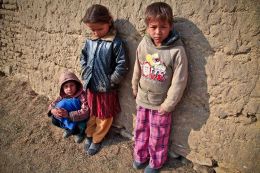 My heart for missions was developed shortly after I received Jesus Christ as my personal Savior in November of 1981.  The church I attended had many missionaries come and speak, as a result, my heart has been deeply connected to global missions. I have had wonderful opportunities not only work with missionary servants but to travel to several mission fields and work first-hand among some beautiful people.  I have gleaned much from those who have very little of the world’s goods, and have been made rich in God’s Kingdom through relationship with their Heavenly Father.

While my husband attended Bible School I had the opportunity to work as a secretary for a missionary who pioneered east Africa following World War II.  Charles and Mary Greenaway left the US to become one of the first American missionaries to set up stations in parts of the french-speaking countries in west Africa. The stories he told were fascinating and adventurous, yet filled with danger; God’s protection was evident.  Students at the college were drawn to this elder statesman who loved the souls of lost men and women.

From my early days of living for Christ, I have been serious about sharing the hope of redemption through Christ with people.  I’ve known many “good people” who rather than trusting Christ and His sacrifice on the Cross for salvation (Eph. 2:8-9) continue relying upon their own goodness for salvation… but our goodness cannot save us.  The Bible says, that it is not by our works of righteousness, but according to His mercy (through Christ’s sacrifice), He saves us.

In the year 2000, I ended up living in Romania unexpectedly.  We were in the midst of adopting our four children when it became apparent I would need to stay and live there in order to keep the process moving.  What we thought would be 30-60 days ended up being 11 months.  This allowed me to serve as the missions field-director of Living Waters Mission and I loved this work.  I always look forward to returning to Romania to visit and minister to women there.

I live a simple life by American standards. My philosophy is to live minimally, as a good steward, multiplying the talents I’ve been entrusted with (Matthew 25:14-30) and returning to God what He has given to me.  He has blessed me beyond measure and I am so grateful for His abundance of love, grace, and provision.  He is faithful! 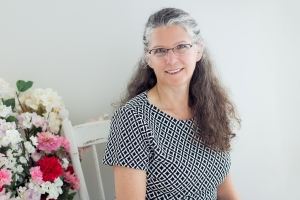